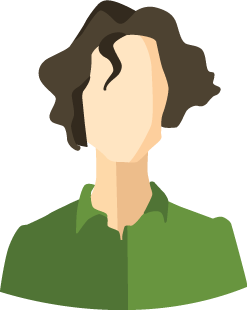 Hello. My name is Neve, and I want to welcome you to my tree blog. Trees are glorious, great and of course, grounded. They provide everything, from shade, to food, to recreation, and they can be harvested and made into other things. I have always been in awe of trees, more so than with other plants I have to admit. There's just something about the way that they stretch up to the sky but also have so much going on below. In this blog, I am going to write about many aspects of tree care, and I hope that these blogs help you take great care of your trees. Thank you so much for reading!

Even though it's best not to have any tree removals done during snowy periods, sometimes it's necessary to get a tree felled after some heavy snowfall (if, for example, the tree is going to collapse soon). Here are some tips to follow in this situation.

Whilst you might think that clearing away most of the snow that surrounds the tree would help the tree removalists, as it would make the tree more accessible, it's best not to do this (or to only make a very narrow path to the tree so these professionals don't have to wade through snow to access it). The reason for this is that, in these conditions, even a tree's lightest branches can become very heavy due to being weighed down by icicles and snow. Because of this, when the arborists cut down these branches, there will be a greater risk of the branches doing excessive damage to the lawn or soil around the tree than if they were lighter.

However, if there is a lot of snow on the ground around your tree, this snow could cushion the branches' falls and, in doing so, could stop them from crushing your lawn or compacting the soil too much. This would then mean that, when the snow melts, you wouldn't have to do any extra work to this area of your garden to restore its appearance. It will also allow the arborists to work faster, as they won't have to, for example, try to brush the snow or break the icicles off each branch before cutting it or try to catch each one and place it gently on the ground after cutting it in an effort to stop it from doing damage to the ground below. Instead, they can lop off the branches rapidly.

During a winter tree-removal project, it makes sense to use the branches as firewood if your property has a fireplace. In addition to providing you with quite a large supply of fuel, it will also mean that the arborists will have less clearing up to do when they've finished removing the tree.

However, if you'd like to do this, you must be quick to gather up the branches after the arborists have felled your tree, as if you leave them sitting in the snow for a day or two after the tree has been removed, they will get too damp and won't burn. In this situation, you might have to wait weeks for them to dry out, by which point the weather may have warmed up and you might have no need for firewood.